Hello, everyone! I am Lorelei Nasser, a dental surgeon, and today I will tell you why I choose to come back to Romania after spending 15 years in Israel, where things would have been great for me…

I graduated the Faculty of Dentistry the class of 1992 in Iasi, Romania. That is why I love Iasi, with its sweet Moldavian language. I grew up in Romania, Bacau and Piatra Neamț, so it was indeed close to my  upbringings. In 1992 I left Romania. I got my degree in September and went straight to Israel, from where I was married to a young doctor.

Everything was a challenge. The language, living among 2 different cultures and their distinct traditions, the Arabs and Jewish people. I learned so much from everything. First, the language. After 5 years of relationship with my ex-husband, I was speaking Arabic fluently, so upon my arrival I went straight to Hebrew classes. I learned the language  in half of year. 🙂

After qualifying as a Hebrew speaker, I took courses at the Faculty of Dentistry in Tel Aviv. These classes were a requirement for passing the free practice exam. The greatest cultural shock I had experienced was during one of the seminars, when a professors, of around 45 to 47 years old, tall and with his hair in a pony tail, entered the classroom with a motorcycle helmet under his arm. While holding onto his helmet, he called the attendance. He wanted to meet us, then introduced himself with his first name, because in Hebrew there are no politeness pronouns!

„The challenge was to convince everybody from Israel that the level of medical education in Romania is very high!””

The challenge I faced was to convince everybody that the level of medical education in Romania is very high. I believe that this is the truth. I managed to prove this throughout my time there. My excellent results were particularly helpful and supportive of my hypothesis. That proved a very high level of knowledge. Nonetheless, this is not the first time I defend the reputation of everything that relates to Romanian. I love Romania, together with the people here  who I am surrounded by, I find myself very proud of our country! As such, it is the place where I was born and raised; it is where I evolved as a human being and where I choose to return.

The difference between the professional level in Romania and in Israel is that in Israel one finds a higher accuracy in executing medical treatments. Because the socio-economic conditions allowed it, the technology in Israel was at that time far ahead of that in Romania.For instance, Implantology was already active for many years. This is how I was able to learn high-end Oral Surgery, from American and English books, but also from highly qualified specialists. Because let’s remember, dentistry is by nature a manual work.

„Sometimes more developed does not necessarily mean better from other all perspectives. Better in my case was founded on my desire to to be at home, in Romania, to be close to my family, and to cure people here, where I am meant to practice this cherished profession.”

I had a good start in Israel- a reality I noticed during those 15 years spent living there, but also during the 12 years since I came back to Romania. I recognize my time in Romania as such because now the technology is at the same level as that in Israel. Hence, at our clinic (Dental 24/7) we practice medicine as I learned it from the best doctors in Israel, as well as  the best technology. Such a developed practice is possible also in Romania, despite all the hardships the nation had gone through during the past years.

Photo by David Marcu on Unsplash

I want to prove that an excellent job can be done here as well. Now, I know it is possible. After having tested the terrain, and established this reality as a matter of fact I wanted to share with you a little about my experience in Israel, and why I chose to return home, instead of staying in a seemingly more developed country. Sometimes more developed does not necessarily mean better from all points of view. My desire is and will be to live  home, with my family, and to cure people here, where I am meant to practice this beloved profession. 🙂 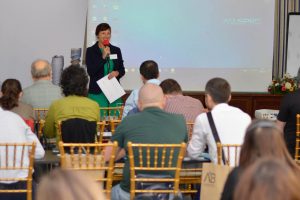 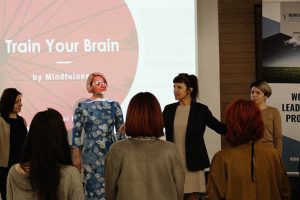 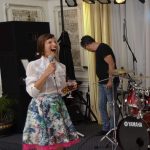 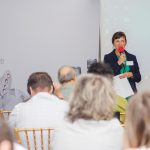 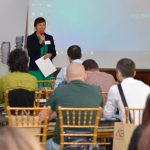